While MONOBLOG tentatively considers a 'Winter 2017 Comeback', we found something definitely worth sharing. Myrkur ( Amalie Bruun ) and Chelsea Wolfe both occupy a singular Post-Alt-Rock-Black Metal niche that seems to transcend the narrow confines of strict rock subculture, while at the same time harkening back to the glory days of the late 90s, when Progressive Black Metal, plus British Indie legend PJ Harvey, and all sorts of other dark and wonderful stuff was in the ascendent. 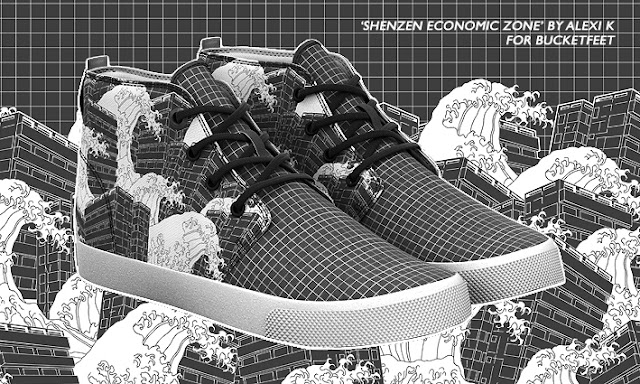 Hi everyone. Yes, MONOBLOG has been quiet for a while. That's because FUTURE-ROCKER has been so busy! Don't worry, there will be some new content at some point, but in the meantime, do scroll down these pages to enjoy some great black & white art, or pop over to Future-Rocker and check out the colorful articles over there. Thanks!!


Below: Selfie by Laura, NYC. Used with permission. 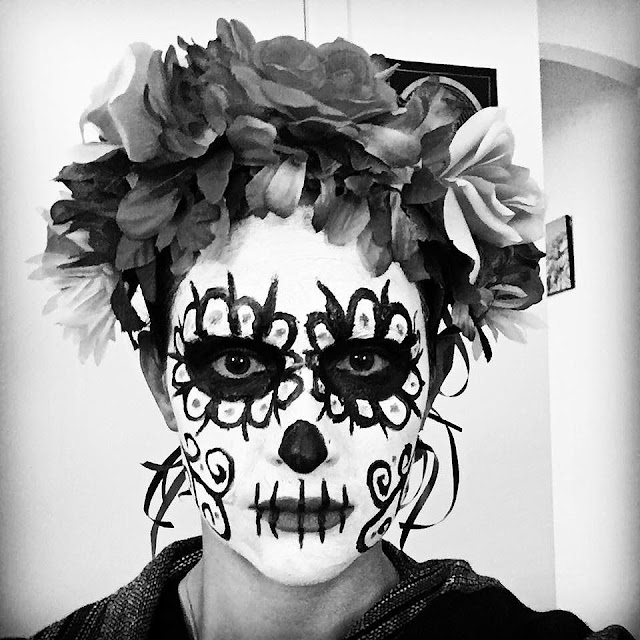 The next issue is still a way off yet, so in the meantime, we'll drop in some cool videos from recent years for you to enjoy before the next full MONOBLOG edition. Check out this beautiful yet eerie piece by director Eric Epstein, for New Jersey musician MEMORY TAPES, from the 2011 album, PLAYER PIANO.

MONOBLOG is proud to feature his iconic photograph of Bergen musician KVITRAFN, on our Halloween cover, below. 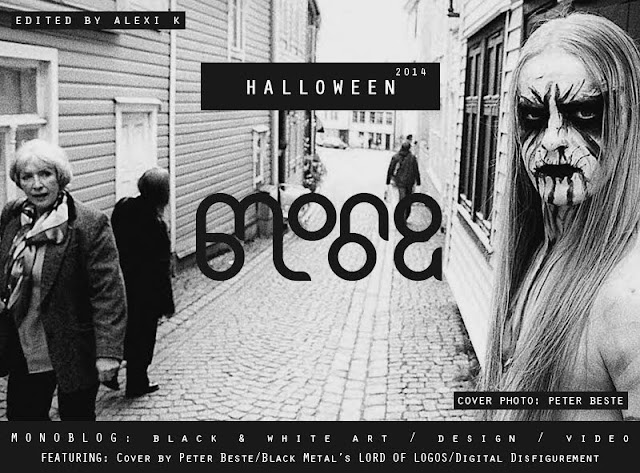 His unique sense of culture and geography has meant that his work has been featured regularly in international art galleries and cultural events since the early 2000's. 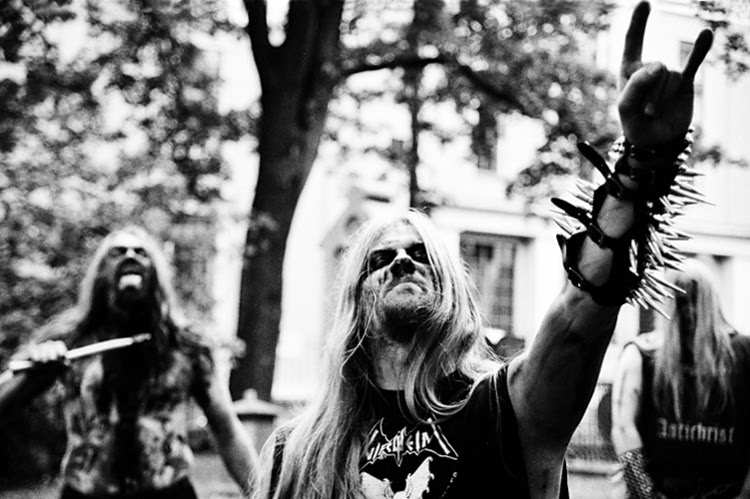 ''What's the point of having a band logo that you can't read?''

Above: 'Emperor' logo, by Christophe Szpajdel﻿

- It's a good question. Black Metal was the last great rock n roll movement to occur before the advent of the internet. Born in Scandinavia, and fed by fanzines and underground tape-trading, it was / is characterised by a certain extremist 'elitism' amongst some of its more reactionary practitioners.

However, after its tabloid-baiting inception, many key bands ( Emperor, Immortal, Cradle of Filth, et. al. ) matured musically and philosophically, and became respected members of the greater Heavy Metal pantheon, releasing acclaimed and complex albums, and playing to huge crowds around the globe.

Below: 'Wolves In The Throne Room' logo 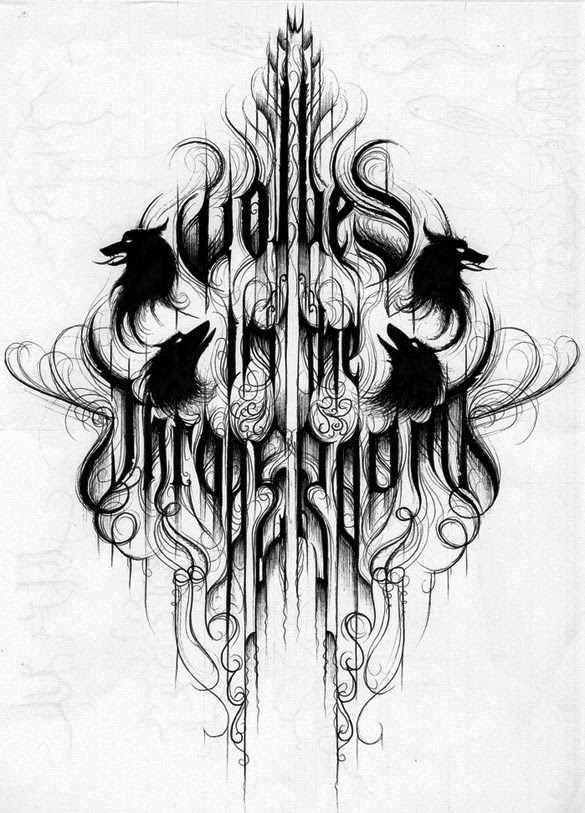 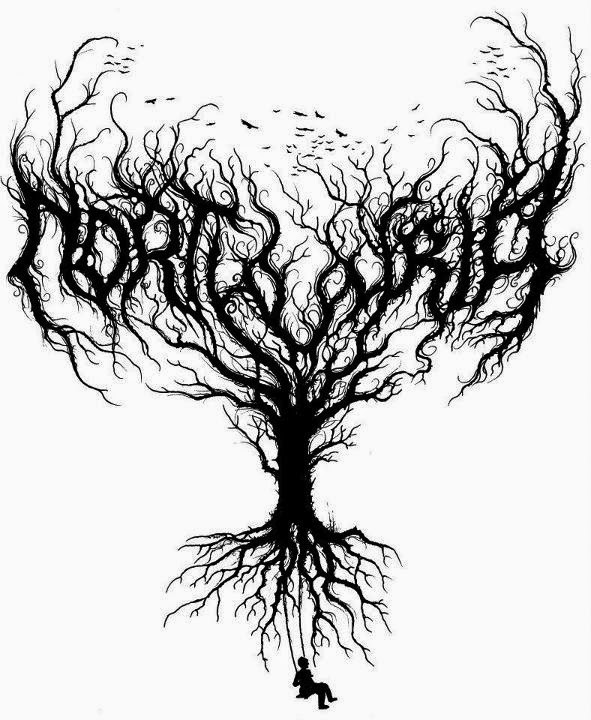 Like all sub-cultures, Black Metal comes with its own set of aesthetic markers. The dress code ideally involves leather jackets, black jeans, Evil Dead / Kiss- style monochrome facepaint, spikes and bullet-belts.
Album art normally features snow-swept forest scenes, graveyards, or famous gothic art. And of course, the aforementioned 'unreadable' band logo. Let's face it, how much more 'cult' can you get?
The greatest practitioner of the 'Black Metal Logo' is Belgium-born artist Christophe Szpajdel, whose background in forestry directly informs his sinuous, organic designs. He originally bequeathed his famous 'Emperor' logo ( see top of page ) as a gift to the band while working on the fanzine, Septicore. This logo is actually marked by its distinct legibility, and perhaps goes to show that Emperor - from the very beginning - had ideas beyond the constrictions of a narrow-minded and parochial scene.
As Christophe tells MONOBLOG:

''The editor, Thierry, was in touch with Thomas Haugen ( Emperor's rhythm guitarist ‘Samoth’ ) who was playing in the death metal band EMBRYONIC, which then evolved into THOU SHALT SUFFER later on. In a letter addressed to Thierry, he mentioned starting a new band playing unholy metal of blackness and death - a band called EMPEROR - and I sort of surprised EMPEROR with a logo that shortly became their emblem.
At that time, I wouldn't have believed the Emperor logo could make me famous, and it happened when they released their legendary album IN THE NIGHTSIDE ECLIPSE exactly 20 years ago.''
Indeed, since those humble beginnings, Christophe's unique contribution to branding design has been featured in countless art gallery retrospectives, and even a deluxe design book, Lord of Logos: Designing the Metal Underground ( see links at the bottom of this page ).

Below: 'Lamentations Of The Ashen' logo 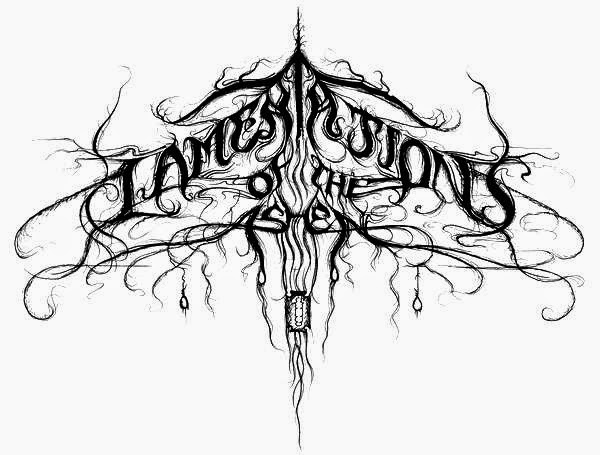 Christophe has long been a resident of the UK since the heady days of the early Black Metal scene, and aside from continuing to add to the list of 7,000 band logos that he has created over the years ( tip for artists: he charges 50% upfront for the initial rough sketch, which is non-refundable ), he tells us that 'this year I am running a very special exhibition at The Phoenix, in Exeter'. More details as soon as we get them!﻿ 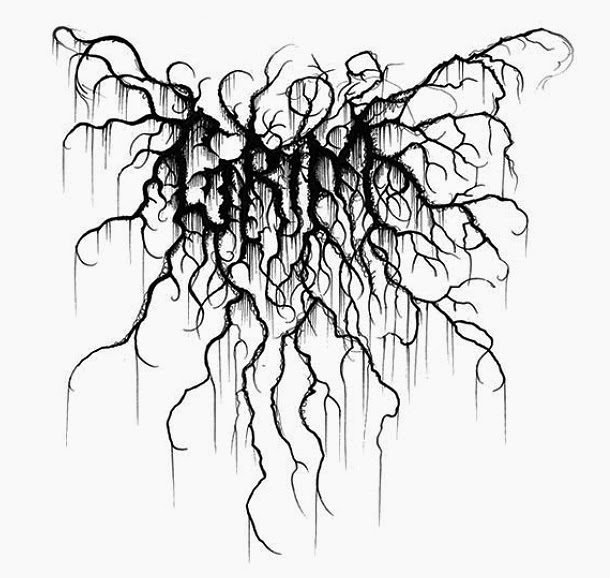 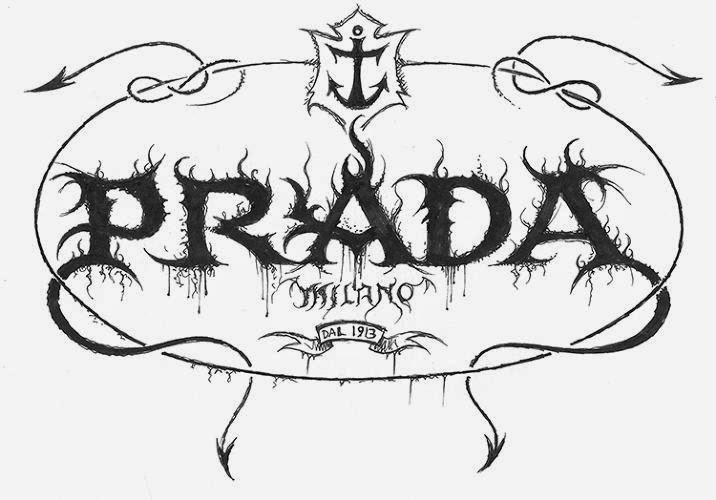 Such has been the impact of Christophe's unique contribution to the art of the logo, that he was asked by design magazine Fast Company to put a cheeky spin on some well-known companies. Christophe explains:

''I got a fixation about PRADA since the movie THE DEVIL WEARS PRADA and to make it controversial, I did a PRADA logo just for my own pleasure. Last year I got approached by FAST COMPANY to do logos for 11 famous brands.''

MONOBLOG is sure you'll agree that it proves even Black Metallers have a sense of humour...for the full selection of Christophe's corporate logos, see link below. 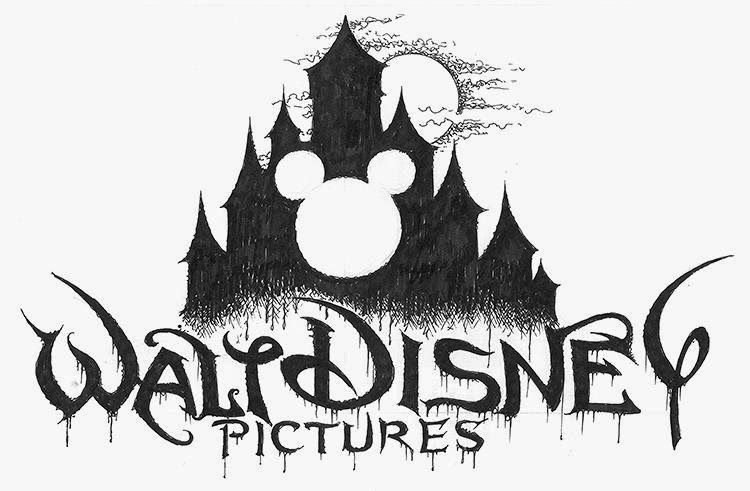 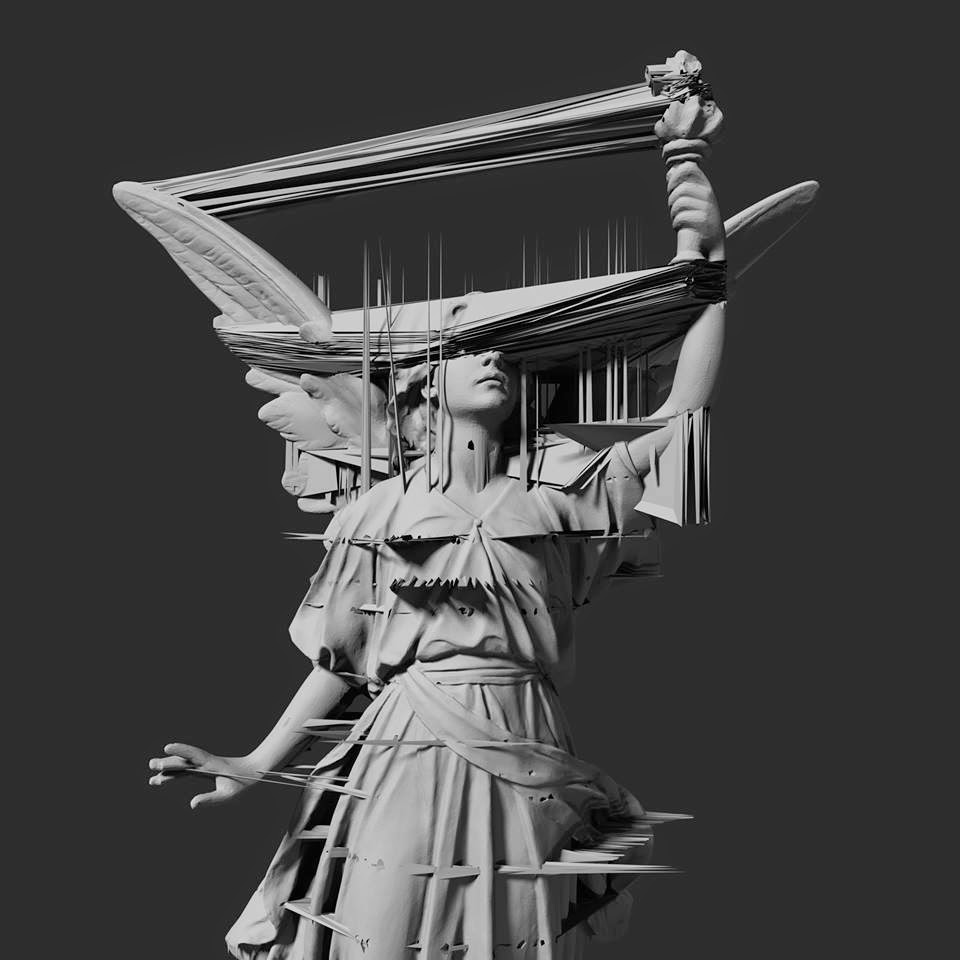 In CGI, there is a danger-zone known well to animators and designers, known as 'the uncanny valley'. It is a place whereby a representation of something human - created by modelling software and texture-mapping -  somehow doesn't quite make it, and the result has the adverse effect of looking unintentionally creepy. Scientific theory tells us that this is because the human is hard-wired to be alert to genetic mutations, disease, or disfigurement.
Indeed there is something in these pictures that eerily recalls photographs of returned World War I veterans, whose disfigurements - inflicted by newly industrialised, mechanized warfare - were unlike anything the civilian population were accustomed to.

This is the zone in which 'glitch' artist Mark Klink works.

So how does he do it? Mark explains:

The source material I sometimes model myself using Blender or I use Makehuman. Both are open source.  Some of the heads are examples. Sometimes I download models that are available on the web. For example, the "Lucy" model comes from the Stanford 3d Scanning Repository.


Most of the time artists use conventional 3d modeling software to create and reshape their models. However, I bring the raw data of the model into a text editor or even a spreadsheet and manipulate it there. The result are effects and distortions that could not be achieved otherwise. 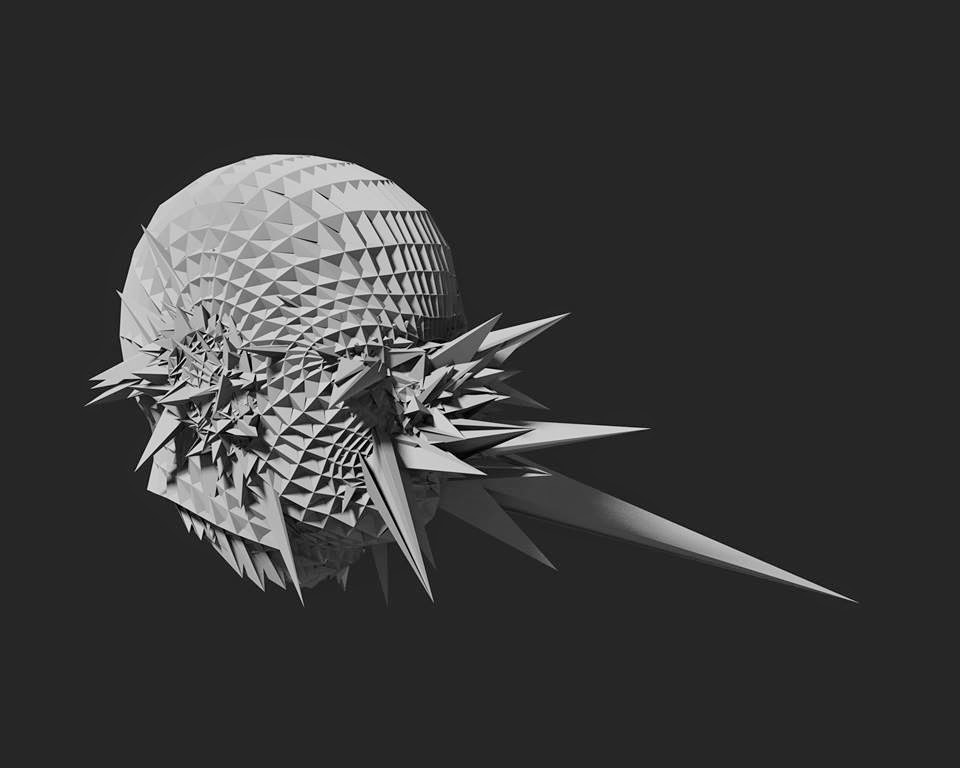 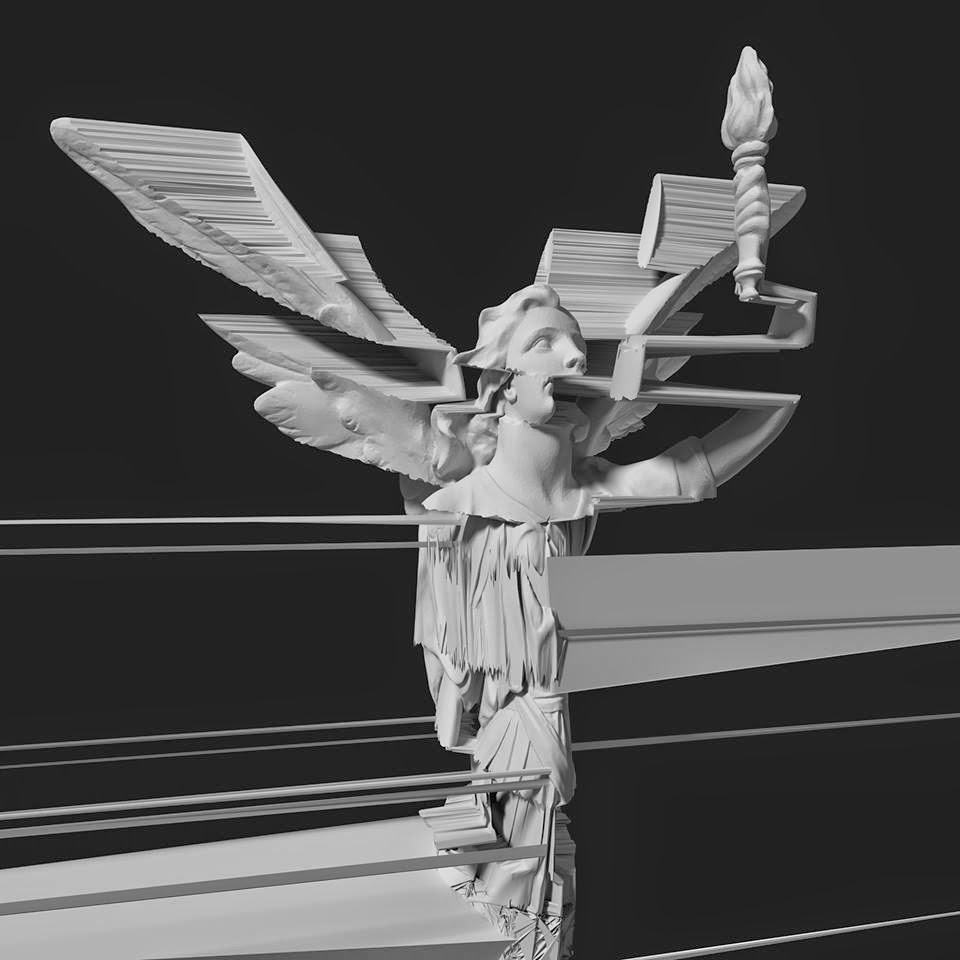 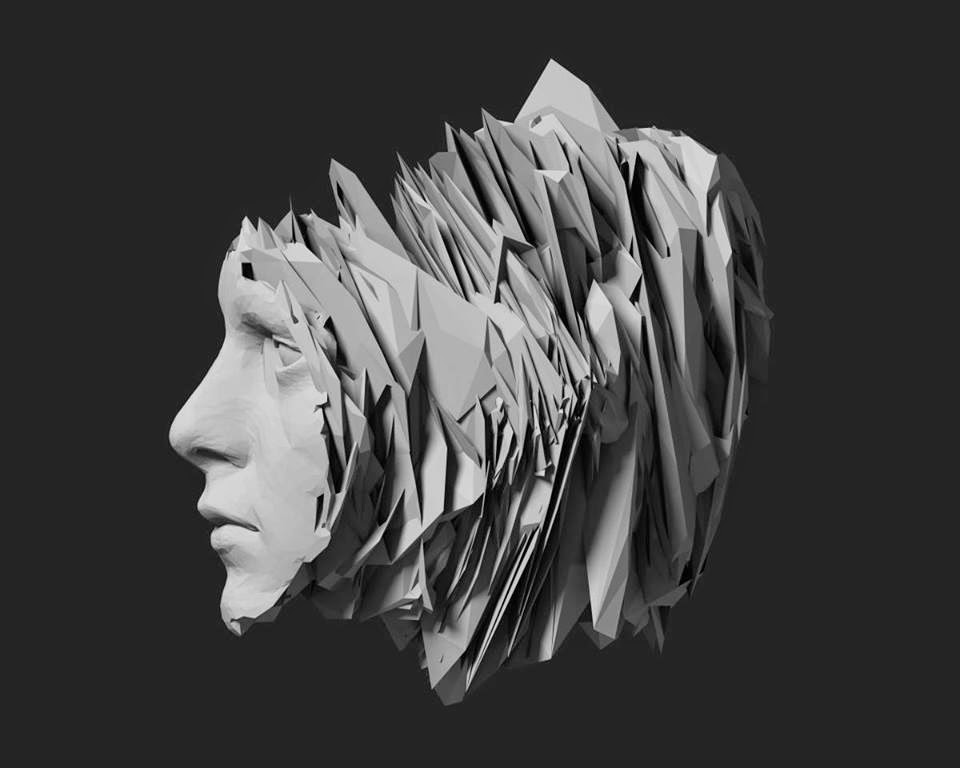 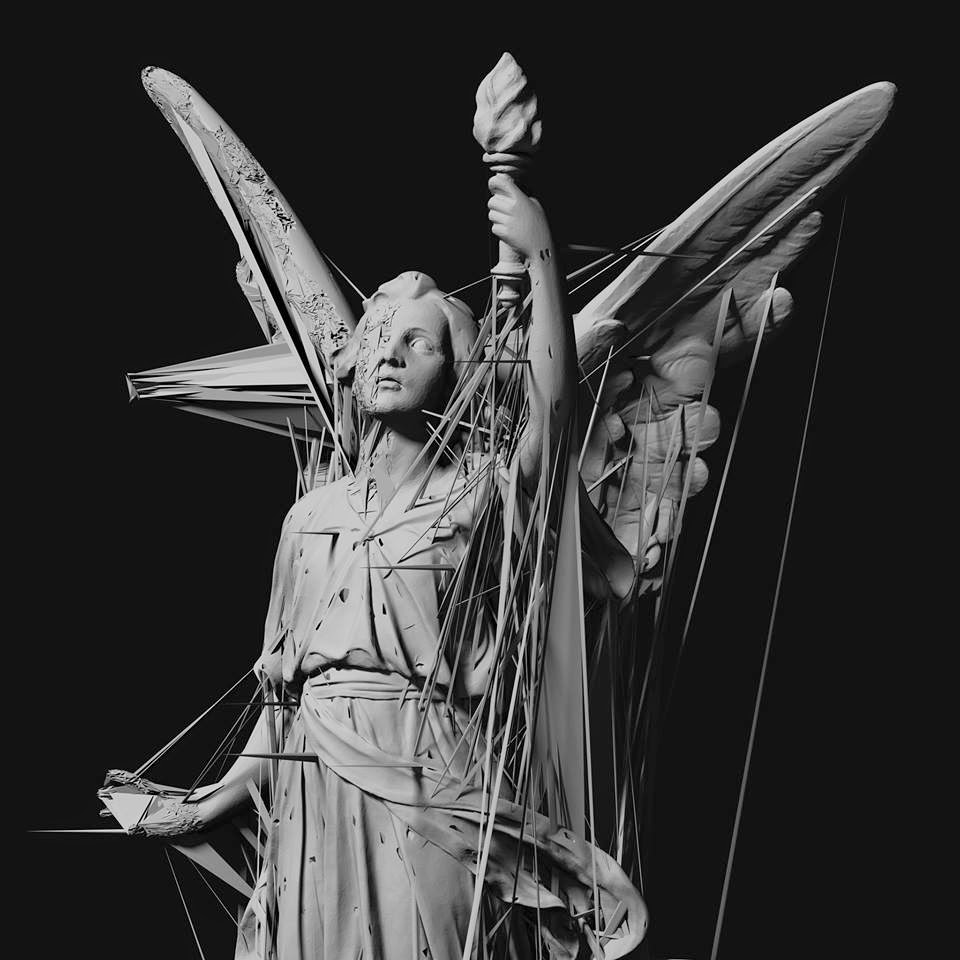 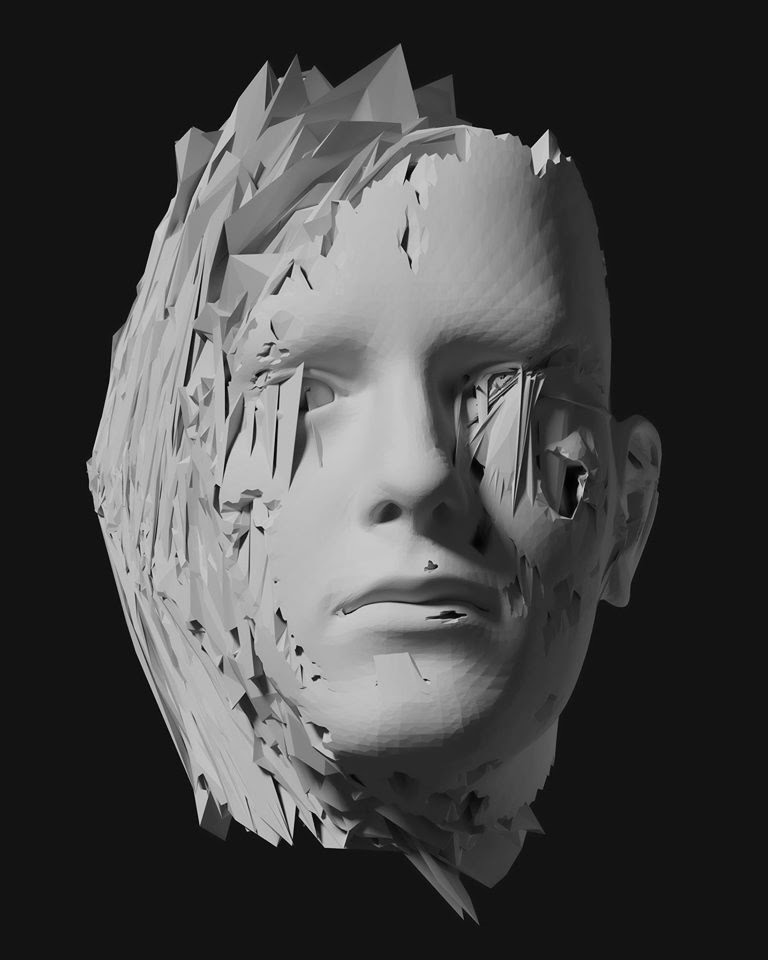 Above: GlitchHead 14
Mark resides in Carmichael, a suburb of Sacramento, California. By day, he's a 'computer resource teacher', which he describes as 'a great job' teaching six to twelve-year-olds in the Elk Grove District how to use computers.
MARK KLINK DIGITAL ART FACEBOOK PAGE﻿
Posted by Alexi K at 17:03